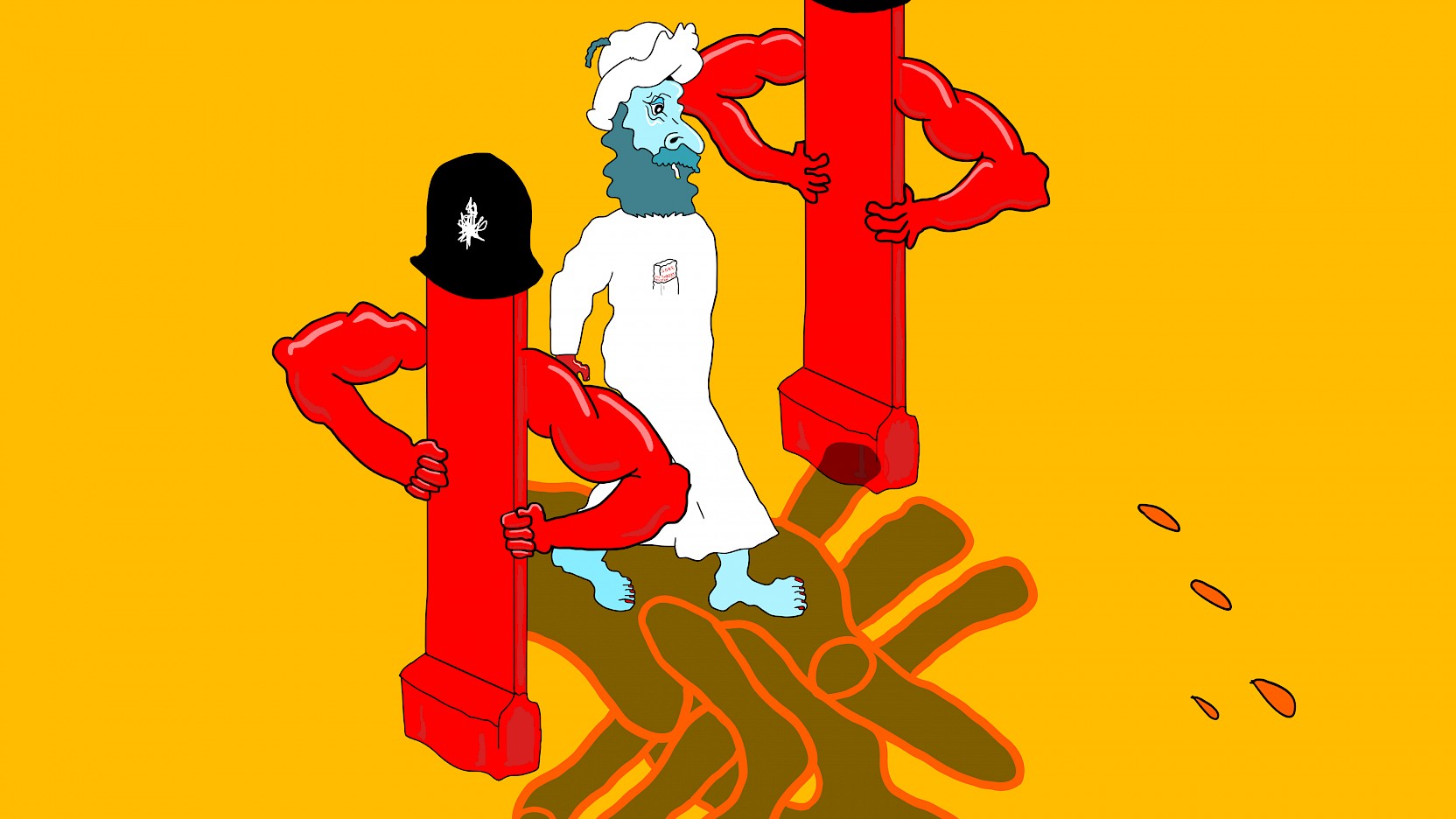 Hardeep Pandhal will give an artist talk. In a statement about his practice, he has written: "I work with non-linear forms of digital video which layer lurid hand-drawn cartoons, psychedelic and disorienting narratives with my own deadpan rap music, presenting them within wider sculptural installations and wall drawings. The works include autobiographical detail and test ideas around cultural integration as a means to confront post-colonial trauma, historical whitewashing and legacies of patriarchy. I connect the cultural dislocation between myself and my parents, who are first generation British Sikh, to ideas concerning social reproduction and heritage preservation in broader society. The series of knitted garments made with my mother, with whom I share a language barrier, also marked the beginning of my interest in improvisation and collaboration.

In my recent videos, the frustrations of societal structures are projected into parodic cartoon worlds, resembling digital mind-maps, where viewers are presented with seemingly infinite perspectives of recurring yet disjointed scenes. These animations are made using a digital drawing tablet, where frame by frame drawings transition suggestively. I am interested in how art may address situations of compromise and articulate so-called marginalised positions, with an overarching decolonising project in mind."

Born in Birmingham, Hardeep Pandhal now lives and works in Glasgow. His work was selected for Bloomberg New Contemporaries (2013), the Glasgow International Open Bursary (2013), the Drawing Room Bursary Award (2015) and the New Museum Triennial (2018). Forthcoming and recent solo exhibitions include Liar Hydrant at Cubitt, London and A Nightmare on BAME Street at Eastside Projects, Birmingham.