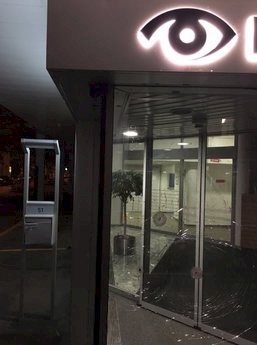 On a journey with the enigmatic literary figure Nemo, this lecture, reading, and discussion session by  Julia Moritz and Yannic Joray dives into some subaltern layer of trans-atlantic relations that we suggest to take back into account for contemporary critical cultural analysis, particularly with regard to neoliberal macro-politics and their resulting institutional templates for Art.

In canonical art history lessons, the Salon de Refusés in Paris (1863) and the succeeding Salon des Indépendants marks a corrective and consequential move away from the cultural establishment courting the Royal Academy. For the first time, exhibitions and art fairs with an ‘open call’ policy addressed their bourgeois audiences directly (viewers and buyer alike) in order to approve their programming (and not the Royal Jury anymore). This supposedly rebellious and so called ‘birth of modernity’ was saluted by Napoleon III and the likes and so -- we propose a diverging, more literal reading of this landmark moment in Art’s struggle for autonomy: Jules Verne’s timely as well as trans-historical figure Captain Nemo, the deep sea dweller, the protagonist of Twenty Thousand Leagues Under the Seas: An Underwater Tour of the World (1869/70).

Persistingly penetrating British colonial maritime merchant vessels, the submariner Nemo was described by Verne as of Indian descent and therefore keen to avenge Imperial abuse overseas. Not unlike a sequel to Moby Dick, the story begins with Nemo abducting a group of American whalers and inducting them (and the reader) on board the Nautilus to his covert operation. Here, it will be important to consider that during imperial British rule, the military force and trading monopoly in the colonies was solidified, guaranteed and paid for by the British East India Company (EIC, 1600-1874) and the Bank of England -- the very first of a ‘too big to fail’ multinational shareholder company.

This session seeks to orient ourselves and each other in this politico-economical history and its cultural ramifications in order to position our thinking and practice with regard to the tragedy and farce of current global phenomena such as the financial crisis of 2008, the subsequent credit crunch, the easing of monetary policies, and the dominance of central banking. The notion of "tra(ns)versality" (Felix Guattari) and its various mutations may further our speculative inquiry into the meaning of making and moving, including the challenges that recent changes in structure and speed pose to artistic practice and theory alike.

Julia Moritz is an art historian and curator currently employed as a Curator of Theory and Programmes at Kunsthalle Zurich. Before, she has headed The Maybe Education and Public Programs of dOCUMENTA (13) in Kassel, Germany (2012). These programmes have intended to nurture the imaginative state needed to inhabit the realm of the “maybe” – of the possible. Moritz was also a curator at the University of Lüneburg (2012) where she has organized the exhibitions and events program of the university’s art space (Kunstraum) and has taught seminars in the cultural studies teaching program. She has worked for major exhibitions such as Manifesta 7 in Trentino/Alto Adige (2008); the German Pavilion at the 52th Biennale di Venezia (2007) and has independently curated several smaller scale projects such as most recently the Young Girl Reading Group Show (with Dorota Gaweda & Egle Kulbokaite, 2016). Moritz has co-edited the volume “Question of the Day” (2007) in which she puts forward a dialogical inquiry into the formats used for art production and distribution that she further elaborated in a PhD dissertation (2010) on institutional critical practice in spaces of conflict (such as the Basque Country), mainly written at the Whitney Independent Studies Program (2009).

Yannic Joray is an artist based in Zurich. He has recently taught seminars at the ZHdK Zurich University of Arts (2015) and the FHNW Academy of Art and Design in Basel (2015) together with Julia Moritz. The course at the ZHdK focused on the Kunsthalle Zürich’s 30-year anniversary and it’s programmatic shifts. Twelve guests joined the seminar, including artist Pauline Boudry and Manifesta 11 curatorial advisor John Beeson. Joray’s works where recently shown at Kunsthalle Bern (2015) and The Duck, Berlin (2015). Together with Lorenzo Bernet, Fredi Fischli and Luca Beeler he co-curated several project spaces in Zurich.