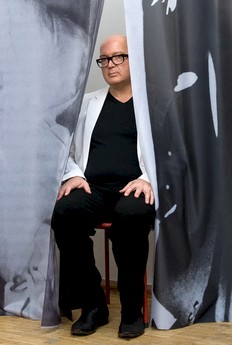 Image courtesy of L. A. Rickels

Laurence Rickels: All You Vampires

The contest at the start of the new millennium between identification with the undead and thrill-a-kill consumerism of the living dead separates out the science fiction of a vampirism epidemic in Richard Matheson’s I Am Legend. The application of science fiction in the US reception of modern vampirism, which was largely introduced through Browning’s Dracula, contributed to the rise of the modern movie zombie out of the massification of undeath. Along the track of sole survival, the last human and the vampire are conjoined in mourning.

Gotthard Günther pursued a metaphysics of science fiction according to which the new world was the staging area, in preparation since the age of discovery, for a civilization that would be planetary going on interplanetary. According to Günther, both the zombie and, interchangeably, the mechanical brain signal a new American way of death that cuts loose from the metaphysics of the regional civilizations (last seen in Europe). In rehearsal since Hamlet the intergalactic civilization to come must carry forward to the final frontier of living death mourning’s secular import, which counts down between first and second deaths.

Laurence Arthur Rickels (b. 1954) is a psychotherapist, theorist, and literary scholar, who taught at the University of California, Santa Barbara (German and Comparative Literature) for thirty years. He is the Sigmund Freud professor of philosophy and media at The European Graduate School / EGS and emeritus professor not only at the University of California but also at the Staatliche Akademie der Bildenden Künste Karlsruhe, where he served six years as professor of Kunst und Theorie (Klaus Theweleits successor). Recently he was appointed as the Eberhard Berent Visiting Professor and Distinguished Writer in Residence at New York University for the spring 2018 semester.