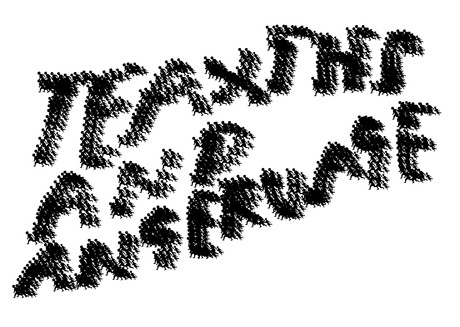 Alongside his work in sculpture, a core element of Michael Dean’s production is his work in text. Each of the British artist’s sculptures evolve from intimate and observational texts that accompany and typographically envelop the sculpture and regularly assume a live dimension. Thick books of writings are found among the sculptures in his exhibitions, their texts partly representing the starting point of his work and partly inviting interrogation of the sculpture within something of a vocabularic, suggestive mechanism or framework.

In his lecture at Städelschule Michael Dean will talk about his work as well as his latest installation as part of Skulptur Projekte Münster and his upcoming exhibition at Portikus, titled Teaxths and Angeruage.