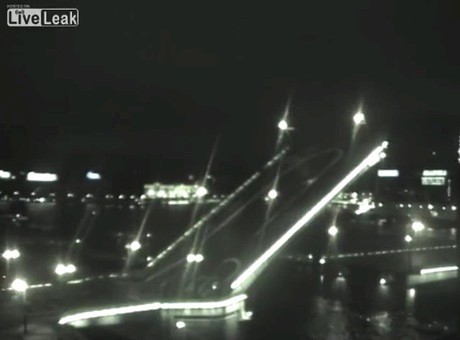 In the memory of Leo the Fucknut, VOINA’s president, still from video, June 14, 2010, Saint Petersburg

VOINA is a Russian street-art group known for their politically motivated and wryly provocative 'actions', such as Banning of Clubs, 2008, in which the doors to an elite Moscow club were welded shut with an oxy-acetylene torch, and Palace Revolution, 2010, where police cars were flipped over on the pretext of retrieving a football lost by a child.
We are pleased to introduce VOINA members Natalia Sokol, Oleg Vorotnikov, and their three children for a lecture taking place in the Aula.