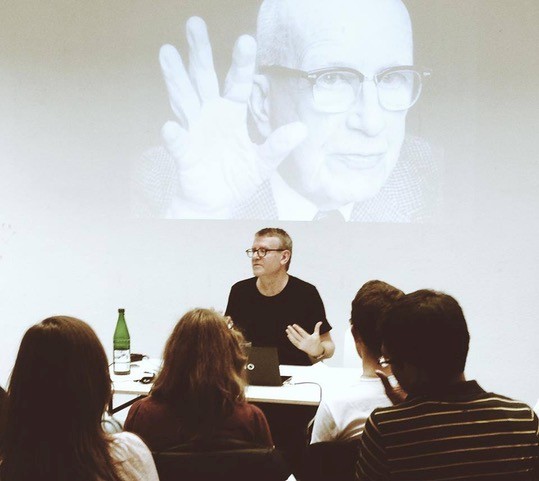 Since establishing himself on the international scene in 1988 as co-curator with Philip Johnson for the exhibition, Deconstructivist Architecture, at the Museum of Modern Art in New York, Wigley has continuously made seminal contributions to the discipline of architecture. His research explores the intersection of architecture, art, philosophy, culture, and technology, and he has extensively published his innovative work. This includes his influential books: Derrida’s Haunt: The Architecture of Deconstruction (1993); White Walls, Designer Dresses: The Fashioning of Modern Architecture (1995); Constant's New Babylon: The Hyper-Architecture of Desire (1998); and Buckminster Fuller Inc. - Architecture in the Age of Radio (2015). In 2016 he co-curated the 3rd Istanbul Design Biennial with Beatriz Colomina on the theme, Are We Human? - The Design of the Species - 2 seconds, 2 days, 2 years, 200 Years, 200,000 years. In conjunction with the biennial, the two published the book, Are We Human? Notes on the Archeology of Design (2016).