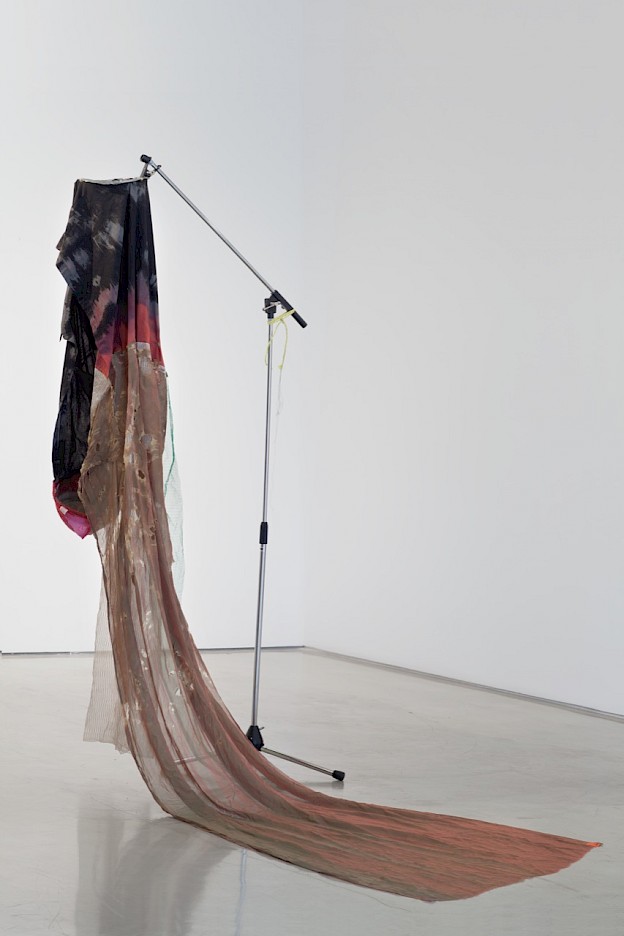 The title of Eric N. Mack's lecture suggests the art object, at its most sacred, should reflect altered systems of value, especially in observation of the world brutalities. It imagines the case for the painting object to leave its autonomous support structures to need the body.

Eric N. Mack is an American artist currently based in New York. Recent exhibitions include Dye Lens at the Scrap Metal Gallery in Toronto and In austerity, stripped from its support and worn as a sarong at Power Station in Dallas. Earlier in 2019 he presented work at the Whitney Biennial, Whitney Museum of American Art. Also, a solo exhibition at the Brooklyn Museum in New York City, titled Lemme walk across the room which was included in the Desert X Biennial in the Coachella Valley.
Major group exhibitions include Ungestalt, Kunsthalle Basel (2017); In the Abstract, Massachusetts Museum of Contemporary Art (2017); Blue Black, Pulitzer Arts Foundation, St Louis (2017); Making & Unmaking: An exhibition curated by Duro Olowu, Camden Arts Centre, London (2016) and Greater New York 2015, MoMA PS1, Long Island City (2015).